Izabela Badurek (5-2) has just signed with the UFC and will make her promotional debut on 11th April, when she will face a Russian standout, Alexandra „Stitch”Albu (5-0). It will be a historical event for Kraków, as UFC comes to Poland the very first time.

Fight24: Hello Iza! Congratulations on your contract with the UFC! What does it feel like to be a fighter on the world biggest MMA promoter’s roster?

Izabela Badurek: Feels great! I still kind of can’t believe in what has happened. I think I’ll believe it when the fight week starts.

F24: How many fights are there in your deal?

F24: Did the UFC call you or did your managers contact them?

IB: Frankly speaking, I don’t know. I have a manager who deals with all the “signing” matters, it’s his job and I don’t know his working methods. When he has an actual offer, he contacts me and my coach and we make a decision. In case of UFC, it didn’t take us long to do it.

F24: There are some critical comments considering your signing. People say it’s too soon for you and you don’t deserve to be a UFC fighter. Can you comment on this?

IB: Not really. Poland is a weird country – when someone achieves something, people don’t say „hey, good job”, they are rather trying to pull him down. I didn’t take anything from anybody. I have great management and a great team and for me it’s enough to DESERVE the UFC contract. People may talk and will talk, and in the meantime I’m focusing on hard work and preparations for my fight on 11th April. People say I didn’t have any worthy opponent in my career. Well, they should get into a ring or cage just once and fight, and afterwards they can judge me. Sometimes, some hate is a good thing. As you can see, they talk about me, for me it’s some form of marketing.

F24: Will your life change after signing with the UFC?

IB: Well, my life has changed some time before the UFC deal. I moved to a different team, now I’m training in S4 gym. I moved to Warsaw and met people who believe in me and support me. The UFC signing gives me the feeling that I’m going in the right direction. But I’m still the same quiet person.

F24: What do you think about the UFC Poland fight card?

F24: Alexandra Albu will be your next opponent. She will also make her promotional UFC debut. What do you know about her?

IB: I don’t know much. There is very little information about her online. I have to focus on my skills and my game plan, but it’s MMA so I have to be prepared for everything.

F24: Will you have some special preparations?

IB: I hope I’ll be able to train more with Joanna Jędrzejczyk, and of course I’ll be training in S4. I have a great gym here, I think the best in Poland, and two female sparring partners; I hope it’ll be enough to get prepared for the fight. We also plan a short training camp in Zakopane and from there we’re going straight to Kraków for the fight week.

F24: It will be a strawweight fight, so you have to reduce a few pounds. Is it going to be an easy challenge?

IB: A few? It will take a hell of work to make 115 pounds limit. I have support from Iron Horse Technologies and professional nutritionists, Katarzyna Zakrzewska and Akop Szostak. They give me professional care and now I know how to make weight the right way. I’m sure I’ll make it!

F24: What will your preparations look like? Are you going to train in S4 only? How do you find your new gym?

IB: S4 is great, it’s the best gym ever. I have everything in here. We have great coaches: Robert Jocz, Kamil Umiński, Krzysztof Gutowski, Bartosz Fabiński. They are teaching me a lot. I make progress every day and I hope that on 11th of April I will be in a top shape. I have two female fighters in my gym, Roksana Prucnal and Katarzyna Urban. It’s very important to train with other women. I think joining S4 was the best decision of my life.

F24: What Izabela Badurek we can expect on the fight night?

IB: Hard to say. I think everyone knows my fighting style and it’s not a surprise to anyone. I’m just going to enter the octagon and rip a head or arm out of Ms. Albu’s body (laugh)

F24: Would you like to add anything else or say hi to anyone?

IB: I want to thank each and every one person who supports me: my coaches, sponsors, managers, S4 team, my fans and my family.

F24: Thank you for your time and congratulations once again. 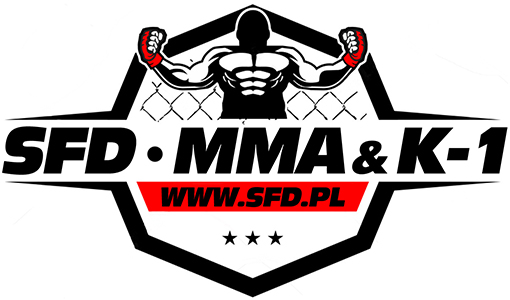